It is currently June 2006 and I celebrate my one year of discovering that there is such a thing as professional blogging. Here are the highlights of one year of blogging in the making:

June 2005: I was offered a seat in b5media’s rocket ride as the network launched with several blogging personalities famous all over the Internet. I had no idea what b5media was then. I had no idea what site I would be providing content for. I had no idea that I’d be meeting such great people from around the world in the comforts of my home.

From June to August I was waiting for feedback as to what site I would be writing for. Duncan Riley tells me that he had “something much better suited for me” and told me to be patient. I was cool with the idea and didn’t really do anything (what else was I to do?) but wait.

August 2005: Cellphone9 was handed to me and it’s been running since. 323 posts. 320 comments. More than 13,000 unique visitors per month and growing. Wow. It made me realize how high passion actvities such as sports (the ones that have opposing camps and schools of thought), politics, games and technology can really shoot up traffic.

December 2005: The AfterMac was created. The name was coined by me, after searching far and wide for a witty domain name together with Adel Gabot. It’s been several months now and Adel has taken the backseat and handed the stickshift to a good friend, Dickoy Magdaraog. Dicks does most of the site’s direction now but I still regularly contribute.

2005 wasn’t without some obstacles. I had to give up two sites because I was spreading myself too thin. These two sites, Play Gadgets and Kapped! are in very good hands now with Patrick and Leora.

March 2006: This is the month where several months of hard work began to pay off as I started seeing blog advertisments monetize. I said a prayer of thanks, treated my family out to dinner and bought myself a set of 5.1 speakers for the computer. 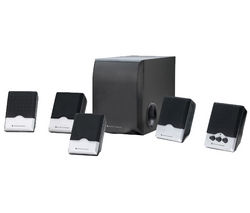 I then regretted buying these after discovering how playing Call of Cthulhu with surround sound can give you an asthma attack.

June 2006: One year after into building the blogging momentum, I did some research and pitched a few new ideas here and there. I’ve also done some personal development stuff which involved snooping about the different blog networks and as a result, found myself a contributing author position for Know More Media.

I’m currently doing content for two of their sites: I am a contributor for BizToolBelt which is a blog about business-oriented hardware, software and services.

I am also involved with SmartTechWriting, a blog about, well, I don’t really know exactly. Just kidding. STW is primarily a resource blog for technical writers. But it also branches out to writing in general as well as author’s resources for anything about editorial, writing, and publishing.

And yeah, I’m treating my family tomorrow for lunch.

That’s a wrap then. One year of blogging has made me realize several things:

How the magazine industry and blogging are almost identical

How blogging will take an important role in the future of content as well as how it will be an important tool for corporations to disseminate information and market products.

How we should interchange “blogging” and “blogger” into “online resource” and “author for online content” to differentiate it from personal blogging.

It’s not as easy as it looks

Haller! Congrats! All that hardwork really paid off. You are such a talented person and I’m proud of you. Sana umabot din samin yung libre, mwehehe! Cheers to more of your writing rakets! 😀

@Ala – fire up your YM and lets chat.

@Jed – thank you very much for the kindest words!

[…] Jayvee Fernandez has been blogging professionally for about a year now, and has reached a point where he can actually quit his day job and live on the income generated by his blog, A Bugged Life. […]

[…] Jayvee Fernandez has been blogging professionally for about a year now, and has reached a point where he can actually quit his day job and live on the income generated by his blog, A Bugged Life. […]