A few days ago, I encountered a series of posts from WIRED Magazine Online listing the most memorable moments of tech for 2005 as well as the rundown of the sexiest geeks of 2005. And yeah, I guess I could summarize my 2005 into these two categories; the events and people that made this year THE year for me. In a nutshell, 2005 was the year I finally found myself – in a photofinish when I hit the quarter life crisis age of 25.

Click below for a really long entry of my journey through 2005’s highlights.

The Most Memorable Moments of 2005

UNDP .. almost?
Now that I think about it, I was flattered to have been considered for a consultant position for the United Nations Development Programme here in the Philippines. It was about mid-June that I received an email from one of the MDG* consultants who was considering me to be a part of a team to draft the MDG report for the Philippines.

This book was going to be the different from other UN reports – less on the numbers more on the spirit. Imagine a coffee table book that shows pictures, testimonials, emotions on what the Philippines has achieved, and how much further she has to go to make it to the benckmarks of 2015.

After a few days of bitterness and disappointment I figured that not too many people do get called for a UN consultancy position just like that. So it’s all good. What an experience it was though! The way I see it now, it is merely a premonition of things to come when I’m much older.

*MDG – Millenium Development Goals, basically the quantitative measurements of how to save the world from itself.

The Inquirer is HIP! A few months after June, I was getting rather desperate and lost with regard to my professional life. So during one of those depressing moments I get a call from Poch – the merger between Hinge Media Incorporated and The Inquirer (the country’s leading broadsheet) was finally a go. A lot of us jumped (due to the shock as well as the opportunity to work for a promising startup).

And so there – I’m the editor for the huge tech magazine that everyone has come to love as well as the local version of a childhood magazine fantasy, which is number one in its niche in the world.

Do you want to know how I’m feeling right now? Imagine your childhood days reading and collecting magazines from one of the better magazine publishing companies in the world. Now imagine growing up and having the helm handed to you in a silver platter. Now stop imagining, because it is real.

Let the Problogging begin!
I am part of a new family of professional bloggers from around the world. The growth of the blogging industry around the world isn’t very apparent in the Philippines so it was an eye opener to see the potential of blogging as a business.

In this respect, I’ve taken a slightly more serious approach to blogging, bought my own domain and have reaped some rewards of getting to know some of the more prominent names in cyberspace. For instance, I have my name side by side Darren’s Problogger.net. W00t!

You can check out my private Wiki blogging profile here. (WTF? A private wiki …)

The latest addition to the family is Adel, my boss. We’ve finally figured out a name for the Macintosh blog we’re putting up. The site is actually live but has not been formally launched. Details to come next year. Hehe.

And now, my dedication to the people who made this year well worth the quarter life crisis:

(There are many many many more people who have touched my life this year. Human limitations of the memory unfortunately won’t let me remember all of them in one sitting. I’ll add as I remember)

To Darren, Jon my channel editor, Jeremy, Shai, Duncan, Ingrid and the rest of the b5media family. The 4th quarter of my life became helluvalot more interesting and fun because of you guys.

To Melissa, Nikki, Pia (the funniest person I have ever met!), Lorena and Raphy. Food and movies were always better with you guys!

To Cat (and Pao) – for many small things including having Pao host our television show, for you modeling for our front cover of EPSON, having our boston terriers related and many many other things. To Jed for being the big smile on my teeth, a good confidant and many other things. And to Ate Sharon for being the “big sister finger” that always points to me when I do something wrong. I love you both!

To Pam, who was the first to welcome me to the Inquirer family and continues to be a shining example of how much good one can do for the world.

To Ria, my friend for several years. For our dreams to a better and happier life! To the guys and gals from PhilMUG and MaPalad – you’ve made this year the geekiest evar!

To Nana, whom I’ve known for more than eight friggin’ years. My mutual-therapy companion. We both would have gone insane without each other’s company during troubled times. To Knox, who’s been my constant inspiration for creativity and absurdity for the past six years. She was there for me during that one day I needed someone to talk to and because of that one conversation, my outlook in life was changed forever. I owe her a lot. And of course to LJ, for being my constant companion and emotional pillow for 4 am breakfast sessions. What would I do without the two of you?! Special mention to Elber who always pops up every once in a while. Geeks forever! (that sunroof pic was taken while the four of us were on our way to the World PyroOlympics. Elber wasn’t in the picture because he was driving). To Adel, my boss. My friend. My mentor. My confidant.

To Sasha, for proving that indeed, the world is truly a small place.

To Poch, my other boss – we’ve gone a long way from 30 square meters to a full floor. 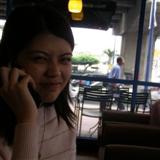 To Fides and Anne Rose, for friendships that still continue to amaze me.

How can I forget the Friday Greenhills Chinese connection – Jones, Bogs, Gan, Tantin and Fiel, Winston, Jesh and Mel, Jason. Friday nights have never been more fun with Kohikan, Mario Party and revolving conversations about girls, cartoons, and gadgets. Of course, to Hondo the family dog. You came into our life at a time when we needed something fresh. Aloof, weird and spaced out you may be at most times but that’s what makes you special! What character! To Tycel. You were the reason for many great things this year. You may not know it but you are truly blessed with such a perfect family. You are always in my thoughts.

I heard that the best way to make God laugh would be to tell him your plans. “You’re so funny,” He says, “because I have better plans for you.” Couldn’t have done it without You.

is it? okay, i guess it is. teehee. thanks and best wishes, jayvee!

You are the sexiest problogger of 2005 to me, Jayves. Hihihi! Again, thanks for keeping me sane last year. =D

Your blog makes me feel how it’s like to be Kamui (X/1999-CLAMP): torn between becoming a Seal (translation: start blogging) or Harbringer (translation: would not). Don’t wonder why. Your blog has given me at least some set of standards in taking out the crap in blogging. Way to go Jayvs!

im touched guys. my 2005 was made possible by all of you.

Unbelievable. I really like this format. I agree with the last few comments and posts. Keep the content coming.Great job.

Wow! Great site. I agree with the last comment too. I need to think about implementing a blog myself. I am a web dumby though. I am researching home insurance rates and fell into your blog. Glad I did 🙂 I will certainly visit again

[…] I have Jayvee Fernandez to thank. I met this guy back in 2005 and discovered just how small our world is. I didn’t think it can get anymore smaller than it already was but it did. Had he not invited […]